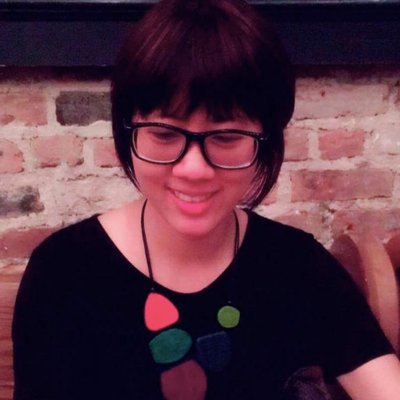 ​​Every week, we curate the best new photography and photojournalism on the web, so you can spend your weekend kicking back and enjoying some beautiful pictures. Here are this week's picks:

Lin is a self-taught photographer who has been honing his skills since 2014, and it's not quite his full-time job—yet. He is a sea captain by day, which is where he has shot some of his most striking compositions featuring a bird's-eye view of a seafarer cleaning a ship deck juxtaposed with the crackled ocean waters. Lin now has many exhibitions and photography awards under his belt, and he's even closer to pursuing the field full-time.

[See the photos at My Modern Met]

"With the return of Portrait of Britain, the question of national identity has never seemed so loaded," says Bainbridge. "Facing a divided nation, Portrait of Britain aims to frame these questions of identity differently, looking at who we are as a nation of individuals, apart from the politics of division."

[See the photos at British Journal of Photography]

Today, the hijab is often reduced to a vilified symbol, rendering it a pawn in the nationalistic culture of fear. Women in hijab risk stereotyping, social exclusion, judgement and abuse. Many associate the veil with extremism and female suppression. These interpretations do not represent the complete story.

[See the photos at LensCulture]

A Photographer's Intimate Self-Portrait Of Womanhood In Middle Age

[W]hat is true is that signs of aging in women are treated as though they ought to be invisible, which makes the subject a natural one for Elinor Carucci, a photographer who has long been drawn to the disconcerting closeup.

[See the photos at The New Yorker]

I love abandoned places but being there was just too traumatic. From the moment you step there,  you are surrounded by the depth of the tragedy which happened. It was breaking my soul.

[See the photos at Bored Panda]

Founded in the 1950s, California City was intended to rival Los Angeles in size. It never took off.

[See the photos at Wired]

Many New Yorkers are avoiding the subway, fearful of jostling with strangers in crowded cars. Masks and social distancing are essential, but good air flow is also key to reducing the risk of exposure to the coronavirus.

We know that PowerPoint kills. Most often the only victims are our audience's inspiration and interest. This, however, is the story of a PowerPoint slide that actually helped kill seven people.

"My boyfriend thought I was Live in my Facebook group talking about my new diet and exercise routine. However, everything I was saying was lies."

We usually think of insects as meals for vertebrates such as frogs. But arthropods may turn the tables more often than you think.

Even people who seemed to be happily partnered talked shit about their significant other in private. How much annoyance with one's partner is normal?

It's heartwarming to see how sweetly her daughter reacts to these scenarios.

This coronavirus is here for the long haul — here's what scientists predict for the next months and years.

A developer explains the computational complexity of Facebook listening in.

It starts in gentle confusion and then takes a turn towards shock and utter horror.

It's a miracle that the car, which started drifting because the driver had forgotten to pull the handbrakes, emerged from this incident unscathed.

World's fairs have launched some of our most bold and iconic structures, but there were plenty more wild ones left on the cutting room floor. These fantastical structures — think an 1,000-foot guillotine or 1,000-mile slide — represent an era of architectural ambition and wonder.

If we just close our eyes, we can really picture this coming from Shapiro's mouth.

What the long history of the autonomous vehicle reveals about its fast-approaching future.

From "Inception" to "High School Musical 3," here's how Hollywood pulls off making people walk on walls and ceilings.

Staffers at the iconic sports mag feel caught in the middle of a war between the brand's owner and its publisher — leaving them increasingly demoralized and dispirited.

"I was on my lunch break and I ordered some food from Dave's Downtown. They apparently dispatched a drone and I noticed it was struggling to get to my office. Here are the last 30 seconds of the drone in flight before it hits an obstacle and crashes lands along with my $14 lunch."

Some listeners instantly recognized the hook from "Whores in This House," the Baltimore club-music classic released by Frank Ski in 1992. Far fewer, however, knew that the voice belongs to his collaborator Al "T" McLaran.

There are some things that belong in a computer. Wires, chips, whirring mechanical doodads — what most of us would think of, sensibly, as "hard drive stuff." Absent from this list are cockroaches.

Come for this guy's stroke of genius, stay for the maniacal, movie-villain laugh he lets loose at the end.

"It's funny because Chris is so secretive about everything to do with his movies," the actor told The Irish Times while promoting "Tenet." "And then I had to be really secretive about Batman stuff."

Real-life footage of near misses on train tracks are used in this hard-hitting PSA.

Don't let the world limit you in being who you want to be.

Every artifact has a story to tell. What makes a discovery meaningful for archaeologists may surprise you.

Rather than a vaccine to beef up your immune system, a psychoactive substance could boost your cooperative, pro-social behavior, curtailing the selfish actions that spur on coronavirus's spread.

The Urban Air worker was supposed to catch the guy coming through the zip-line. Things, however, didn't turn out as expected.

We don't really need a reminder of just how bad smoking is for us. Bad for our physical health, the environment, and cringe-worthy on so many social justice levels. Why is it then, that women always looked so damn cool smoking their cigarettes in vintage photographs?

From invading animals to a faulty computer chip worth less than a dollar, the alarmingly long list of close calls shows just how easily nuclear war could happen by mistake.

A rideshare is supposed to be the safe option after a night out, but for these women, the reality was the opposite.

Once in a while, you see an older game get a remake online and it's awesome. Much like what's happened with "Steven Spielberg's Director's Chair."

YouTuber Mark Rober wanted to get a taste of what it would feel like to be in the middle of a shark-feeding frenzy.

American men are failing the pandemic.

Hilary Swank is an astronaut torn between her mission to Mars and her attachments to her family back at Earth in Netflix's new space series "Away." "Away" premieres on Netflix on September 4.

The name "Karen" has become cultural shorthand for a very specific type of woman: usually white, entitled, older and brandishing a "Can I speak to the manager" attitude. But just how common has the name "Karen" been over time in the US?

An MIT team tackled the mystery of why something as soft as hair can erode a steel blade, hoping to figure out how to make shaving tools last longer.

There are a lot of caveats you have to put in your Instagram captions this day.

Their families may be icons of corporate America and the Republican elite, but a new generation of wealthy young people is making clear that their politics are liberal and they'll vote and donate accordingly.

Car doors are engineered to sound much sturdier than they really are. Welcome to the science of automobile psychoacoustics.

Here's how YouTuber Stuff Made harnessed explosive charges to design a baseball hat that hits the ball way faster than normal people can hit by hand.

States couldn't afford to pay their share of the new benefits, and the president's executive order excludes many of the country's 30 million unemployed people.

The waters around Mosher Island can be treacherous, and it was Thom Drew's job to help ships navigate them — until the Coast Guard automated lighthouses like his.

10-year-old Nandi Bushell shows her range by covering the Joy Division hit all by herself.