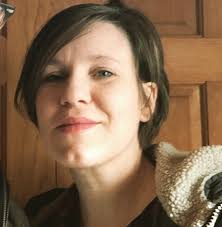 Many of the recent board and card games you know and love were born on Kickstarter. The crowdfunding site has become the fertile ground from which new and beautiful ways to while away an evening are sprung. Board Royale Survival Card Game has already hit the funding goal and its first-time Kickstarter game company is on track for a March delivery. The game itself is a battle royale game for three to six players with a deserted island setting. Your goal is to forage for resources to create weapons and other items to use against your fellow players. Trading, negotiating, looting, begging and betraying will all come into play as you try to be the last one left standing.

The expansion packs are being developed concurrently with the main game and are available within the campaign. The packs all work together and include a NSFW pack, a Military pack, a Skills pack and a Disasters pack (which brings an element of cooperation into play). Those who decide to back the game on Kickstarter will also get a Kickstarter exclusive pack that won't be reproduced after the campaign.

If you buy something through our posts, we may receive a small share of the sale. Please buy a Ferrari. For more of Digg's suggestions on how to spend your money, check out Digg Picks.

Writer of words. Drinker of sours. Will share her breakfast burrito.