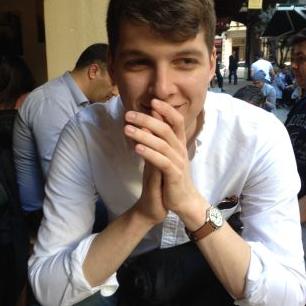 Watching the trailer for Netflix's "Space Force" — a Steve Carell vehicle from Greg Daniels, the creator of "The Office" and "Parks And Rec" — I had two competing thoughts.

First, that the cast — Carell! John Malkovich! Lisa Kudrow! Jimmy O. Yang! Noah Emmerich! — looked absolutely incredible. But as someone who was disappointed by HBO's similarly-stacked space farce "Avenue 5," my second thought was that "Space Force" might collapse under its own weight.

"Space Force" hits Netflix this Friday, May 29th — were my fears well-founded*, or do Carell and co. launch smoothly? Here's what the reviews say.

The Cast Is Great. The Roles? Not So Much

Carrell and Daniels try to reignite the formula they popularized a decade ago, and every casting choice smacks of "Hey remember them from that show?", but to diminishing returns. They're all clichés, hollowed out retreads of caricatures they played before. Schwartz plays a millennial PR stooge; Yang, an overconfident scientist; Kudrow takes on a somewhat aloof wife, one who's painfully underwritten as the series struggles to keep her involved; and John Malkovich, like an outtake from his role in Burn After Reading, grievously rubs his temples in hippie resentment over the proceedings.

Carell is so charming you can't help rooting for him even when he's at his most jarheaded. But his character, and in fact most of the characters, could be more sharply defined. There's a reason we remember Michael Scott, Dwight, Jim, Pam and the rest of The Office's workmates: they're so specific with identifiable traits, wants and frustrations. But after watching the first episode of Space Force, heck, even after the entire first season, it's hard to know who Carell's general actually is.

It Has Its Moments, But Inconsistency Is The Name Of The Game

Much like two of Daniels' best-known projects, The Office and Parks and Recreation, Space Force occasionally suffers from an identity crisis in its first season.

Over the course of the first 10 episodes, Space Force shifts between black comedy and silly sitcom from one scene to the next — and occasionally, within the same scene — chugging along on a mix of lowbrow pratfalls and dark, sharp satire. One minute the show has Naird lobbing a so-dumb-it's-funny dad joke at Mallory, and in the next, it hits you with a biting metacommentary on the myth of American exceptionalism.

Belly laughs and jokes that make you wince are tossed out in equal measure, and the pinballing nature of the show's humor occasionally makes it feel a bit disjointed.

Space Force just isn't close to consistent — especially in the first half of the season, the misses outweigh the hits — and even as it settles into itself a little more, it's hard to buy all the eventual smoothing out of characters and plot lines from that choppy beginning.

It Would Have Been Better Served By Staying Small

"Space Force" is at its best when letting its workplace dysfunction take over… But when "Space Force" tries to go bigger or more inspiring with its plot, it buckles under the weight of its own ambition. Its pieces of political satire are both too literal and too dated. And like it does with its supposed hero, the show swings wildly between finding the idea of Space Force both ridiculous and inspiring. When it finally does land on an idea, it does so with conviction, but without much of a foundation to support it.

But There's Reason To Hope Season 2 Could Be An Improvement

In the season's second half, the creative team begins dialing Mark's behavior waaaaay back to more human, even empathetic, levels, and also focusing a bit more on the supporting characters. (Newsome and Yang develop an appealing friendship, with the promise of more, and Malkovich gets to do things other than roll his eyes at his co-star.) There's still a lot of tonal whiplash, not just from Mark going from obstructionist villain to well-meaning bumbler, but from the show attempting to be a spoof in one scene and genuinely inspiring, Apollo 13-esque Americana in the next. Space Force doesn't get a whole lot funnier in that late turn, but it is by far more pleasant to watch, and perhaps suggests a second-season leap is possible, comparable to what The Office did beginning with "The Dundies."

And In These Uncertain Times, It's At Least A Happy Diversion

"Space Force" is a diversionary delight at best. Missed opportunities abound (whether it's under-developed characters or first-draft jokes), and anyone expecting a "Veep"-level satire or "Office"-like innovation may be disappointed. Season 2, which seems inevitable given the talent involved, could easily go haywire or refine itself into something better. As it stands, "Space Force" is clearly made with joy.

And John Malkovich Remains A Delight

By far the most enjoyable thing about Space Force is John Malkovich, who drapes his weird and languid charisma over every frame he's in.

Still, "Space Force" might fall apart without Malkovich. As the well-spoken, well-reasoned foil to Naird's blunt-talking, "when in doubt, drop a bomb" general, everything from Malkovich's carefully paced elocution to his subtle reactions work in brilliant comedic contrast to his regular scene partner.

How did this happen, though? How did so much talent and money go to such waste? In the show's press notes, Carell explains that the concept of the series originated not with him or Daniels, but with a group of Netflix executives.

* They were, but I'll still be watching. It's quarantine summer, after all.

Dan is the editorial director at Digg.