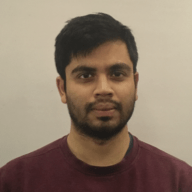 Big changes are in store for the new iPad Air 4. A leaked Spanish language manual, shared on Twitter by DanRui and obtained from Xiaohongshu, is giving us our first glimpse of the new tablet. The revamped design allegedly includes a full-screen display and USB-C connectivity, but no home button.

The biggest update is the absence of Apple's traditional home button, which in recent years has also been used to initiate Touch ID. The iPad appears to be following the iPhone model.

This also means that Touch ID will now be associated with the power button, positioned on top of the device. The manual says: "Touch ID with the top button to unlock the iPad Air."

The manual also suggests that USB-C will be its main connecting cable and that it will feature a smart connector on the back for accessory attachments.

MacRumors reports that Apple registered seven new iPads with the Eurasian Economic Commission in late August. They previously reported that Apple might delay the iPhone 12 launch, with a new iPad and Apple Watch releasing before that.

Adwait is an Associate Editor at Digg.

Many residents of Martin county, Kentucky, won't drink their tap water, a legacy of years of mismanagement.

The CDC recommends 6 feet or more, the WHO about half that distance, but experts say the science is far from settled.

Here's what it's like to live on Fisher Island, where the average income is $2.5 million.

This footage of a 60-foot replica of an RX-78-2 Gundam robot attempting to walk is sped-up considerably but it's still incredible. The developers of the project will announce further progress around the end of September.

We all want to know how to live longer, but is a prolonged life a healthy, happy one? One Vogue writer looks at the science that says it might be possible.

Colleges are torn apart when faculty are punished and publicly vilified for accidentally giving offense.

When you can't go out to party, you bring the party home.

The platform is filled with search-optimized spammers, and there's no end in sight.

2020 has been one of the most active North Atlantic hurricane seasons on record, and now we've run out of human names for storms.

Here's the behind the scenes of a key stunt used in "John Wick: Chapter 3 – Parabellum." Reeves' stunt double Jackson Spidell took quite the leap of fate.

The return of non-Covid respiratory illnesses is putting a new strain on testing supplies around the world — and is a preview of what's in store for the US.

When BBC Breakfast weather broadcaster Matt Taylor was asked whether he was a fan of Rick Astley, Taylor didn't realize that Astley was going to be introduced as a guest on the show next and was listening in.

The Cybovac E30 Robot Vacuum Cleaner has an average rating of 4.7 out of 5 on Amazon due to its Alexa integration and app-enabled smart features.

But plant-based milk is a sensible venture when you consider how little of the white stuff produced on farms ends up being sold as a liquid.

Whether you're aiming for a nostalgic space-y sound in your recordings or simply looking for a straightforward tool to learn music, the Stylophone rules.

A shirt doesn't hold a candle to a N95 or a surgical mask.

Ford announced that it will add the 7-speed manual transmission to the Sasquatch off-road Bronco. It's a test case for whether the stick shift can survive.

Weeks into the fall semester, colleges are already calling off spring break due to COVID-19

"Think that's the first time we ever hugged." "Maybe the last time."

The latest update for your iPhone and iPad will make them safer than ever.

Some people make garnishes with cucumber. He makes a slinky.

For 80 years, Bugs Bunny has done everything from rock tuxedos to get his own pair of Air Jordans, making him the most stylish cartoon character.

Of all the songs we imagined the police choir of the Ministry of Internal Affairs singing, "Sex Bomb" wasn't one of them.

The former epicenter of the coronavirus has not reported a locally transmitted case since May, reviving the city's nightlife.

Notorious stinging trees from Australia cause agonizing pain that can linger for weeks and even months. New research suggests this nettle relative is actually venomous, producing a toxin not unlike the venom of spiders.

Smoke screens are a tactic that is used to obscure the movement of military units, and it's pretty fascinating to watch one being made in footage from almost 100 years ago.

The Department of Justice designated New York City as an "anarchist jurisdiction" on Monday, but the designation didn't exactly square with the lived experience of many New Yorkers, who roasted the department on Twitter.

Mike Postle was on an epic winning streak at a California casino. Veronica Brill thought he had to be playing dirty. Let the chips fall where they may.

Smile and the world smiles at and forgives you.

Tesla's Battery Day is September 22nd, and CEO Elon Musk is expected to unveil "many exciting things." That could include Tesla bringing down the price of its electric cars so they cost the same as combustion engine cars.

It took Crouzier Benjamin and two of his friends two days to create a coliseum and a tower out of dominos. It took seconds to destroy all of it.

This year, many people will opt to stay home instead of hopping on planes to visit family and friends. But if you are thinking about flying this winter, there are a few things to know before you book.

New York-based Magnolia Bakery's excellent pudding is easier to make than you think.

This multi-million dollar bunker has been around since the Cold War and has a swimmig pool and a 4-hole putting course.

Differentiating between humans and bots may appear as a straightforward technical operation, but the evolution of CAPTCHA suggests otherwise.

The buzzword health condition can help or harm, depending on the situation.

In Gaza, citizens are imagining what public spaces could be and then actually building them.

To pay homage to a movie he loves, YouTuber Andrew Levitt went on a road trip and recreated the scenes from Forrest Gump's west coast run.

So-called single sign-on options offer a lot of convenience. But they have downsides that a good old fashioned password manager doesn't.

There was no bigger influence on guy culture than Dane Cook, the king of obnoxious bro comedy. But his hard fall from grace was anything but a failure.

This is funny and worrying at the same time.

Two years ago, Latria Graham wrote an essay about the challenges of being Black in the outdoors. Countless readers asked her for advice on how to stay safe in places where nonwhite people aren't always welcome. She didn't write back, because she had no idea what to say. In the aftermath of a revolutionary spring and summer, she responds.

Wanda and Vision seem to have a perfect suburban life together, but cracks are beginning to show in their reality. "WandaVision" is coming soon to Disney+.